Since the beginning of Deep Japan in August of 2013, our writing network has grown close to 300 strong. Our senpais range from modeling agency owners, to financial business professionals, to plugged-in Japanese entrepreneurs and more. See a few of them first-hand here.

One of our more unique senpais however is the author of “The Monster Movie Fan’s Guide to Japan”, Mr. Armand Vaquer.
He was deeply interested in the whole mosnter movie and sci-fi character culture of Japan since his first experience with Godzilla in 1954. As the title of his book suggests, he not only is interested in the monster media itself, but also how this has come to play a role in shaping modern Japan. We are very excited to hear his input on a variety of subjects in the future on Deep Japan. 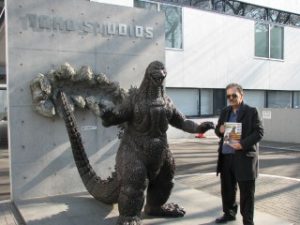 Inspired by Mr. Vaquer’s hobby, another senpai here wrote on his musings of the Japanese “Giant Monster attacking city” culture we have come to see in flashy Japanese films for some time. Anime is also a major outlet for artistic expression in Japan, and moreover you’ll see some of the greatest social commentary coming to life in Japanese animated series. This is the reason they are so popular among a wide age range., far beyond the children-oriented nature of many “cartoons” in other countries. 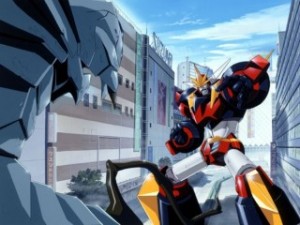