H&R Consultants, along with Japan Info Swap makes the relocation process to Japan a much smoother one both in terms of logistics as well as cultural adaptation and knowledge. Even if you are an expat who has gained extensive knowledge of an area, it is nice to refresh your perspective, or even do a bit of general review on some key characteristics which shape and define a country, as well as certain cities within it. H&R has recently shared an interesting article for this very purpose. Here is a brief digestion of the contents from Jarman International.

The primary reason for a town’s growth is it’s location in terms of resources, accessibility, and climate. Edo was a small fishing village located on what is now the Tokyo bay until it was recognized for its lucrative fishing culture, and geographical orientation. It would eventually grow to be the world’s most populated city as the Tokugawa Shogunate made Edo a cultural and economic epicenter for all of Japan’s activities from the 16 to 1800’s. One thing which I like to analyze in particular is the geographical aspects of the region compared with much of the rest of Japan. The Kanto region, the area surrounding Tokyo for about a 200km radius, is one of the most flat and agriculturally manageable areas in all of Japan. If you look at a map in the modern day, the entire Kanto area has been densely populated, and effectively used as a a major agricultural epicenter that is also on the coast.

Troubled by a rough century

The Great Kanto Earthquake of 1923 shook Tokyo to its core, undoing a large amount of industrial progress made since the beginning of Japan’s international and commercial revolution in the late 1800’s; the Meiji era. The death toll, and damage to both Tokyo and the flourishing port Yokohama was catastrophic. Not long after, Tokyo suffered major damage during WWII, as U.S forces firebombed Tokyo, causing even greater damage than the atomic bombs in Hiroshima and Nagasaki. One has to consider these two major destructive events within just the last century when gazing upon the modern day Tokyo skyline, or riding the intricate and efficient subway and rail lines. The Japanese resilience and determination to rebuild and furthermore improve their capital is quite inspiring.

Overcoming history to stand on top

Another point the article explores is the fact that in the modern day, Tokyo not only has the busiest metro system in the world, serving customers in the millions every day, but it is also the largest metropolitan area in existence by far, with more than 35 million people in the greater Tokyo area; that’s a quarter of the entire Japanese population. Stopping and thinking about how such a massive population can be effectively supported with all necessary resources and amenities provided for is enough to make your head spin; thinking of the water distribution system alone makes me remember how insignificant one person’s job seems, but then also makes me think that Tokyo is a perfect example of the collective nature of civilization; with each person’s contribution counting for something. 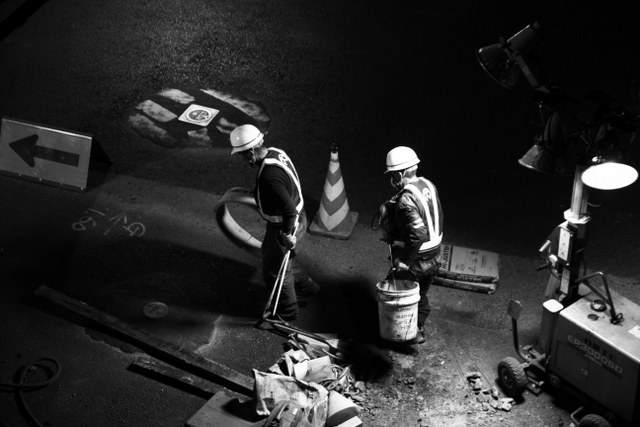