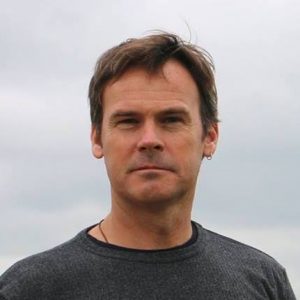 Favorite Thing About Living in Japan: The culture of the countryside, traditional folklore and spirituality, relative simplicity of life.

BIO:
Interests in Zen Buddhism and the martial arts of Japan led Ted to move to Japan in 1994. He settled into the countryside on the Sea of Japan coast for twelve years, supplementing his martial arts studies with the traditional arts of tea and calligraphy, as well as enhancing his Zen practice with training in Shugendo, an esoteric religion associated with itinerant monks. Originally a drummer and percussionist, Ted also pursued his musical interests by taking up Taiko drumming and the Shakuhachi flute, and as an amateur musician gave performances throughout Japan.

An invitation to train in the 16th Century martial art of Takeuchi-ryu Bujutsu was the impetus for Ted moving to Kyoto in 2005. Despite living in the city, Ted spent much of his time out of it walking many of Japan’s old roads, including the entire Nakasendo post road as well as completing the pilgrimages of the Shikoku 88 temple trail and the Kumano Kodo.

A contributing editor to the Kyoto Journal, Ted is a frequently published writer, and is the co-editor of the Deep Kyoto Walks anthology. He is currently penning a series of book about his experiences walking Japan’s ancient highways.