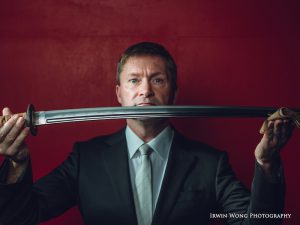 Favorite Things About Living in Japan: I get to do what I love as my career.

BIO:  Paul Martin is from England and resides in Tokyo. A former curator at the British Museum, he is currently a Trustee of the Foundation for Japanese Sword Culture for the Purpose of Public Interest, as well as a recognized specialist for the Ministry of Land, Infrastructure, and Transport, and has his own column with Sankei Shinbun’s JAPAN-Forward.

In 2006, he became the first non-Japanese to win the sword appraisal competition at the Japanese sword museum. He went on to win a second time in 2018.

Paul has appeared in many documentaries all around the world, translated several major sword books and exhibition catalogs and is quoted by the Osafune Sword Museum as being, “One of the foremost non-Japanese specialists on Nihonto”.