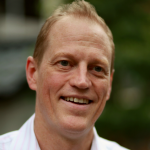 BIO: Neil has been in Japan for 30 years and is originally from Vancouver, Canada. Neil founded Vanten in 1998, where he pioneered cloud-based digital signage and was the first to offer it to the Japanese market. He believes technology should be usable by everyone and is helping small towns in rural Japan leapfrog the big cities with a unique community media called Machi TV. Before Vanten, Neil was CTO of Global Online, one of Japan’s first Internet providers, and he played a role in bringing the Internet to Japan. He is also a frequent speaker for audiences in Japan and around the Asian region, including the ACCJ, Wireless Japan and Horasis Asia. Neil is a father of three, sings in a rock band and is a 35-year practitioner of Zen meditation.