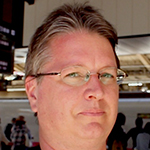 BIO: Michael Penn was born in Los Angeles on June 21, 1970. He spent his early life in southern California until he graduated from the University of California Santa Barbara with a bachelor of arts degree in history in 1992. He did his postgraduate work at the Center for Middle Eastern Studies of the University of Texas at Austin. After 10 years teaching full time at The University of Kitakyushu, he became a journalist in 2010 and founded the Shingetsu News Agency. He also served a term as First Vice-President of the Foreign Correspondents’ Club of Japan.

Recently Published Work
Japan and the War on Terror