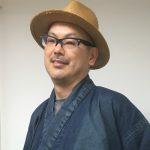 Favorite Thing About Living in Japan: The food. There is a myriad of things to love, but the food is usually healthy, nourishing, and nearly always delightfully tasty.
Favorite Place to Visit in Japan: Kobe — It’s the city that took my heart more than 30 years ago.

BIO: Michael is a third generation Japanese American from California. He’s been living in Japan straight through since 1987. He’s traveled extensively throughout Japan and has been working with small and medium-sized enterprises in their international affairs for more than 30 years. He’s a huge fan of sports and music, especially mountain sports and anything funky. He’s been a Scouter for many years and occasionally deejay as popmuze.

Mike Kato was on the consulting team for Jarman International that went to Tottori to work with local destination managers to find ways to appeal to a wider, international audience. 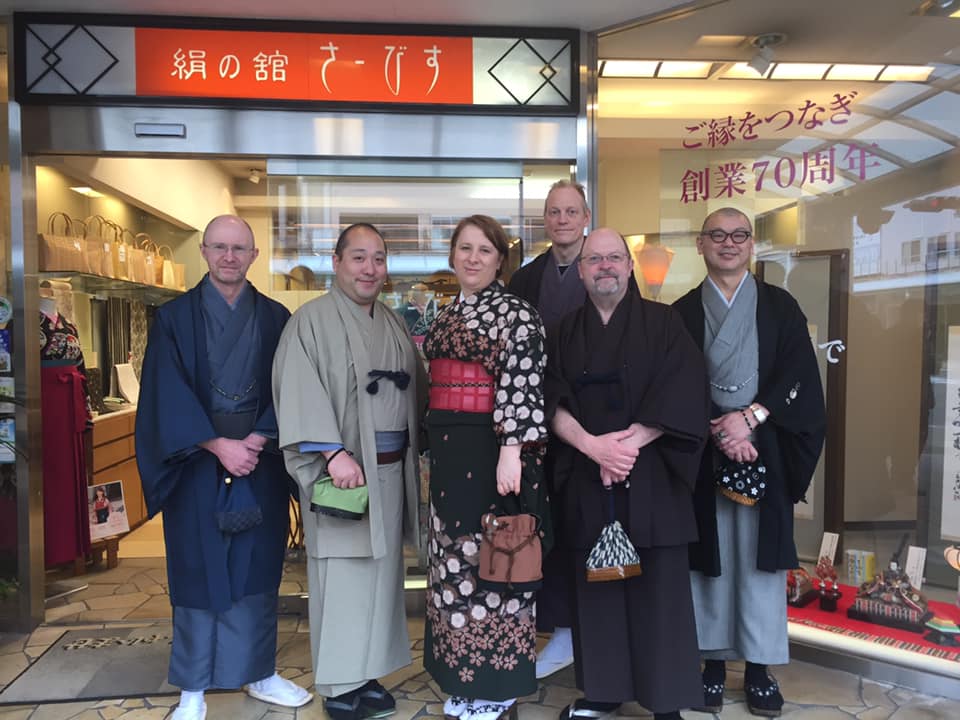 JI CORE 50 Consulting Team in Tottori dressed up in Kimono

Remote and Uncontrolled: A Journey in Tottori

There are, I think, just two reasonably powerful images people have, if anything, of Tottori. The “if anything” is significant, because it’s my impression that most people, even those who are familiar with much of Japan, have never been to Tottori, nor know anything about what to expect there. But those who do have seen or heard about two things, which are related. The first is “the sand dunes.” These are legendary, giving many people the impression of a miniaturized version of the Sahara. The other is both a joke and a fact, that Tottori was the last prefecture in Japan to get a Starbucks. But before a Starbucks opened, Tottori had its Sunaba Coffee’s “Suna-bucks,” a coffee shop parlaying the Japanese word for “sand, “ “suna,” into a pun.

So on the one hand, the people who have any impression of Tottori at all think of a mirage and a joke. On the other, most people have no impression at all. For the inbound tourism industry, this could be considered either a tremendous failure or unparalleled opportunity. For me, it’s a boon, not a bust.

After being greeted at the airport by the ANA staff, the even stronger impression, somewhat mystifying, came from being greeted by Conan, the child detective who is the contemporary anime heir to Sherlock Holmes. Borrowing Conan’s inquisitive skills, I would look forward to uncovering the mysteries of Tottori. After four days, I believe I’d discovered the most important clues. There are, of course, the usual suspects – the history, lore, culture, nature, and food – but deciphering between those that glimmer and shine make all the difference in the world.

There are, of course, a plethora of activities and experiences that shine. Japan is filled with shining examples, to be seen, felt, heard, tasted, and consumed. In every sense, these are important for tourism and in life itself. But the gems that glimmer, they continue to glow within long after the experience ends. There are motivational posters and thought “nuggets”on social media extolling the value of “experiences” over “things.” But for me, that’s hyped up more than necessary. Some of the best memories are exemplified in “things,” but the best memories and ways of thinking are discovered through travel, adventure, and experiences that are mysterious and magical.

For me, some of the most magical and mysterious experiences are found in historical and cultural artifacts. This is, in part, because in finding things that show how people in the past struggled with the unknown, despair, and conflict can shed light on how we, too, can overcome the difficulties we face, publicly and personally. In Tottori, there are two places that are magical in this respect. One focuses on household crafts and design, elegant and user-friendly, based on the way that the lives and lifestyles of Japanese people were changing in the rapid shift from the Edo Period to the modern era. The other focuses, instead, on the lives and artifacts of the samurai, not only the aristocrats, but also the foot soldiers who were engaged in battle.

Takumi is, superficially, an arts and crafts store, with a museum and restaurant. While the three are obviously connected, and all are housed in architecture that is characteristic of the Taisho Era, a bit nostalgic and faintly art deco, there seems little to distinguish it all from hundreds of other authentic craft shops throughout Japan. But there’s more to this than meets the eye. Whether the pottery, woodwork, furniture, cloths, tools, or glass, pretty much everything that you see in all three were designed and created by one man, Yoshida Shōya, a medical doctor who believed that the best crafts and art were to be used commonly by ordinary people. He believed that the best designs were simple, elegant, and functional. His interest in blending European and Western tastes with traditional Japanese and East Asian aesthetics, as well as making things in sizes and shapes that fit the people of his generation and ethnicity, at prices that the ordinary family could afford. While contemporary people tend to view throwaway items sold in ¥100 stores as “cheap,” the generations that lived then instead valued products that could be passed onto future generations, with a sense of design and quality that could transcend fashion. While Shōya has long passed on, Takumi today maintains his vision in making housewares of the highest quality.

The Watanabe Museum of Art is, perhaps, the best museum of the samurai art in Japan. Its collection is not only displayed for all to see, but they do not prohibit photography. Furthermore, instead of featuring only the artifacts of the aristocracy, glamorous and splendid, it contains numerous exhibits of artifacts of fighters in lower ranks, who engaged directly in battle. The artifacts that are obviously damaged, likely to have been used by samurai killed in combat, make the museum one that is as functional as imaginary. And in the final area, visitors are encouraged to “cosplay,” not with replica armor and swords, but authentic artifacts of fighting samurai.

Finally, at the Tottori Sand Dunes, the paragliding is a must-do experience. Whether you are a complete novice or an expert, paragliding in Tottori is incredible. The dunes there are, of course, not even remotely “extensive,” but seem to be not much more than a reasonably expansive extension to the beach. Certainly, the rippling hillside is a climb, particularly with the roughly 20kg parachute backpack, but for anyone who is reasonably fit the trek is a nuisance and not a health hazard. Once you have become acquainted with the basic skills, the experience is a blast. What is the greatest thrill is not really that it is possible at all to become airborne, but that it is so easy. All that is necessary, really, is to walk and not run, to control one’s actions and not exert any excessive effort. While that may sound difficult, it isn’t. It also seemed to me, to be an important lesson in life itself.

And that, ultimately, was, for me what made the trip to Tottori most incredible. In four days, I think I was taught several priceless lessons. Despite the lack of popularity and fanfare, the humble wealth of experiences makes my consider Tottori and the San’in Regions to be one of the most impressive gems in the whole of Japan.

And Detective Conan? Gosho Aoyama, the creator of the manga and anime, hails from near Yura Station in Hokuei City in the prefecture. When we returned to the airport to return to Tokyo, Conan was there again to say goodbye. I was able to say, “Thanks,” that I had discovered some of the mysteries and secrets, and that I would return.