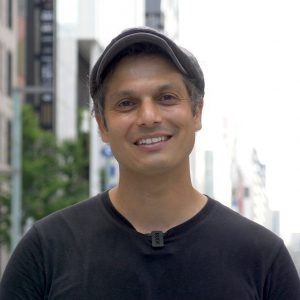 BIO:
John moved to Japan in 1998 and has lived in 16 different cities across the country. He visited all 47 prefectures during his hitchhiking journey all the way from Wakkanai, Hokkaido, to Kagoshima in 2003, and has also run the Tokyo Marathon. He enjoys scuba diving and loves food! John is the creator and producer of the YouTube series “ONLY in JAPAN” and has built a large and enthusiastic community of active subscribers from all around the world.

Recently Published Works:
John Daub publishes a new video on his livestream sub-channel “ONLY in JAPAN * GO” (more than 288,000 subscribers) every 7 to 10 days, brought to you from interesting locations all around Japan. Over the course of his almost 10-year YouTube career, John has covered hundreds of stories about the depth, beauty, and fun of Japanese culture, food, people, and history, helping connect Japan to the world. “ONLY in JAPAN * John Daub” has been John’s main channel since 2020, and has already accrued a following of more than 189,000 subscribers, which continues to grow every day! John is also a NHK World reporter (Tokyo Eye, Destination Kansai, Journeys in Japan) and a regular inbound news contributor on TBS Hiruobi.