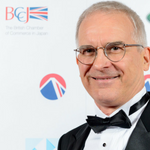 Favorite Thing About Living in Japan: The people, their stories, their products, their open minds, their sense of fun and humour.
Favorite Place to Visit in Japan: Nakatsugawa in Yamagata. But just about everywhere’s interesting if you’re there with the right people.

BIO: Adam Fulford was born in rural England and came to Japan in 1981. He has been working as a language consultant in Japan since 1981, offering behind-the-scenes support for Eigo de Shaberanaito, Eigo de Asobo, Super Presentation and many other NHK programs. These days, he and his staff work on a number of shows broadcast in English on NHK WORLD-JAPAN, the international service of NHK.

Adam also works as a presentation coach, supporting the efforts of the Japan National Tourism Organization to have more venues in Japan selected as hosts for international conferences.

Married with three children, all of whom have chosen Japanese citizenship, Adam is committed to pursuing a bright future for Japan. For the past decade he has been active as a cross-cultural consultant who places a special emphasis on the value of regional Japan. He has served as a community consultant in Nakatsugawa (Iide-machi, Yamagata) and in Ousemachi (Koriyama-shi, Fukushima). His aim in the Japanese countryside is to support efforts to identify the best next steps to take amid challenging demographic circumstances. To this end, he explores various forms of engagement that make it easier for each community to achieve its own goals.

Adam leads an activity called The Walkshop, which draws the attention of participants to the value of traditional East Asian culture. The Walkshop is an opportunity to reflect on who we are, how we got here, and where we want to be in the future.

Adam firmly believes that traditional values combined with a modern mindset can offer any community, ranging from the smallest village or company to the largest metropolis or megacorporation, a robust framework for cultivating happiness, sustainability, and resilience in an increasingly unpredictable world.