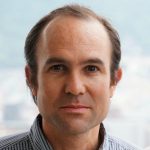 BIO:Randy Parent has been living in Japan for 15 years raising his three boys. He has a license for the Tea Ceremony, and is a practitioner of Kendo, Iaido, and Jodo. He is also interested in traditional Japanese architecture, and is himself building a structure similar in design to a small temple.

He lives on Kyushu island in the city of Kunisaki. There he owns and operates his own English school. He learned Japanese solely by interacting with the local people. He wishes to live in Kunisaki for the rest of his life.

Being that the future of Kunisaki is inextricably bound up with his own life, Randy is highly motivated to do whatever he can to help enliven the city. The mysterious beauty of Kunisaki‘s nature has always attracted practitioners of Buddhism and Shinto and as a result there are many ancient temples and shrines surrounded by seemingly infinite forest. Randy hopes that trekkers and cyclists and those curious about Japanese religion will come and explore the untouched wonders of this area.

Explore the world of Japanese gourmet train lunches or “Ekiben” with John Daub!