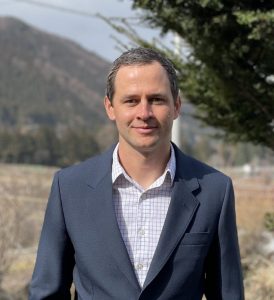 Favorite Thing About Living in Japan: The seasonality and regional variation in foods, scenery, activities, culture etc. I feel like I will be exploring Japan’s islands and mountains for the rest of my life and still never get to everything.
Favorite Place to Visit in Japan: After guiding on the Nakasendo dozens of times, visiting the Kiso Valley always feels like coming home.

BIO: Daniel moved with his family at 7 months to Japan, where his father attended graduate school. He grew up in Tokyo and Nagano, spending 16 years immersed in Japanese society and culture. He studied at Japanese elementary and middle schools before moving back to the United States for high school.

Daniel played collegiate-level tennis while completing his degree in international business at Azusa Pacific University in Los Angeles. Upon graduation, Daniel traveled to Kenya where he began his career working for a social enterprise organization selling fuel-efficient cookstoves in Nairobi. After two years, he decided to return to the US but found that Japan suited him better and returned to work at a ski resort in Shiga Kogen. Around the same time, Daniel began his career as a professional pickleball player, winning multiple national championships, introducing pickleball to Japan and starting a pickleball travel business, Pickleball Trips.

Since then, Daniel has worked for various travel companies in Japan including Walk Japan, Oku Japan, Boutique Japan and Windows to Japan as a guide. An avid traveler, he has visited over 50 countries but loves traveling around Japan and discovering its natural beauty, especially snowboarding and hiking in the mountains of Central Japan. He also purchased a house near the Snow Monkeys, which he runs as an AirBnB and guest house.

Explore the world of Japanese gourmet train lunches or “Ekiben” with John Daub!